Litecoin Market Breaches Southward at $150 – December 14
The LTC/USD trade operation trend seems to change into a bearish outlook as the crypto market breaches southward at $150, maintaining a smaller negative percentage rate of about 0.45. Price is currently trading around $143 as of writing. 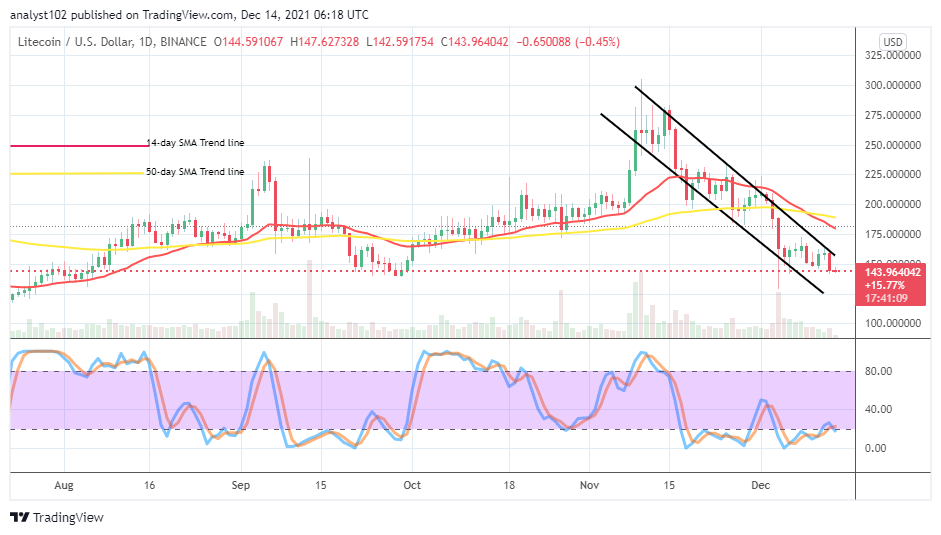 LTC/USD – Daily Chart
The LTC/USD daily chart reveals that the crypto-economic market breaches southward at $150, leading to the distinct interception of the SMA trend lines. As a result, it is now necessary to have the bearish channel trend lines drawn to keep the definite southward path that the crypto economy falls against the US Dollar. The 14-day SMA indicator has trended southward against the 50-day SMA indicator. The Stochastic Oscillators are around the 20 range, moving in a consolidation style to relatively denote that a falling force is yet to over.

Will the LTC/USD trade regain its lost momentums soon as the crypto market breaches southward at $150?

Acting technically in response to an oversold reading condition that an indicator brought presently, the LTC/USD trade may regain its lost momentums soon as the crypto-economic market breaches southward at $150. The current price correction deepens to allow the smooth running of return of upswings in no time. Investors and long-position trading takers may now consider adding more to their stances.

On the downside of the technical analysis, it is unethical that the LTC/USD market short-position takers continue to launch more sell orders in a bid to pursue the correction force to a lower-end trading zone. The reason is that it is difficult to project a definite conclusion to a lower reliable point, as the market has entered an oversold state. In the wake of that sentiment, it will be ideal that traders suspend sell-positioning myths for now beneath the $150 market level. 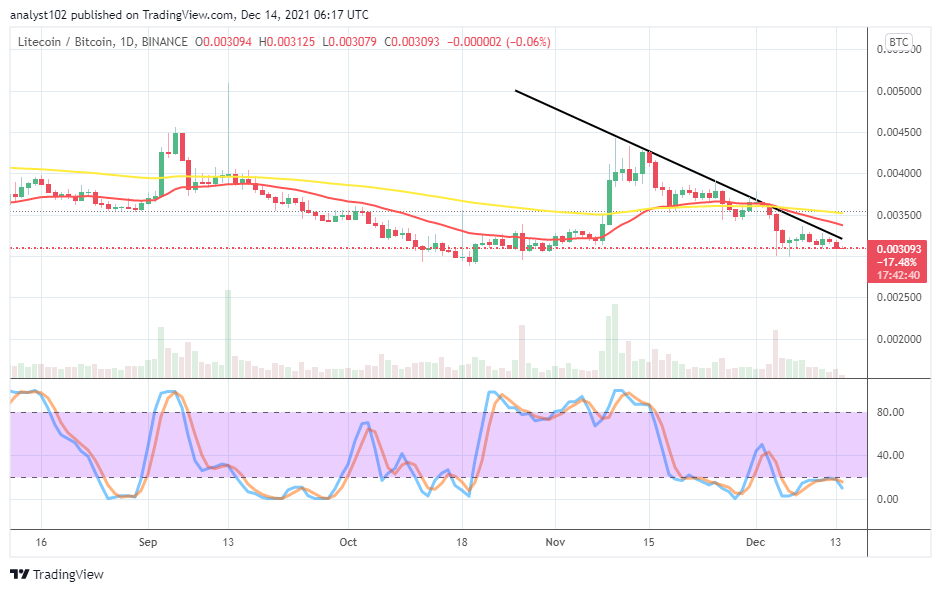 In comparison, it is apparent that Litecoin’s trending capacity outlook is overwhelmed by Bitcoin on the price analysis. The duo cryptocurrency pair market breaches southward underneath the indicators’ trend lines. The 14-day SMA indicator is below the 50-day SMA indicator. The bearish trend line drew to mark the psychological-bearish points that the market keeps. The Stochastic Oscillators have crossed the lines southbound after a long closure of the lines around the range of 20. That suggests that the base crypto may still suffer a setback for a while trying to push against the flagship counter crypto.

68% of retail investor accounts lose money when trading CFDs with this provider.