It’s the Senate version of “Waiting for Godot”: Democrats are once again trying to find an answer to their filibuster dilemma in the hopes of passing voting rights legislation before it’s too late.

The latest attempt is taking place among a group of Senate Democrats who have gone back to the drawing board. Rather than the draconian step of tossing out the filibuster, they’re debating other possible rule changes to the chamber that could pave the way for election reform bills that are viewed by Democrats as paramount to combatting restrictive new voting laws and preserving democracy.

Sen. Tim Kaine (D-Va.), who is a member of the group drafting the reforms, said it would be “premature” to share specifics of the possible rule changes at this stage because “there’s no handshake deal yet.” But he did express a level of cautious optimism, stressing that abolishing the filibuster, which requires 60 Senate votes to advance legislation, is not under consideration this time.

“We’re not going to abolish the filibuster. Joe Manchin (D-W.Va.) has made [it] very plain we’re not abolishing the filibuster,” Kaine said in an interview. “We’re looking at a number of complaints that Democrats and Republicans have had about the way the place operates to see if we can restore it to operating better and do it in a way that would facilitate passage of voting rights.”

Kaine said the group is “analyzing potential rule reforms” by “putting the shoe on the other foot” and asking “If we’re in the minority, how would we feel about this? Can we live under this? Would this make the Senate work better for either party under a president of either party?”

The latest conversations come after four failed attempts by Democrats to pass voting or election reform bills in the Senate due to a GOP blockade. The hope within the party is that once President Joe Biden’s social spending plan is passed, they can prioritize voting rights and present a pathway to get it through the Senate. However, in order to make changes to the Senate rules along party lines, Democrats would need to invoke the so-called nuclear option, which Manchin has historically opposed.

The effort is expected to come to a head as early as January, according to multiple senators involved. The White House is aware of the discussions Kaine and others are having.

Short of abolishing the filibuster, there are limited options for Democrats to change rules that would provide a clear pathway to pass voting rights and election reform legislation. And Senate Democrats declined to specify what adjustments they’re discussing.

Ideas being floated, however, include changes to the amendment process and how the Senate debates legislation and nominations. Senate Majority Leader Chuck Schumer has backed the rules reform discussions, which are being led by Kaine, as well as Sens. Angus King (I-Maine) and Jon Tester (D-Mont.). Other options raised by Democrats — and Manchin himself — include a standing filibuster which would require senators to continue debating on the floor rather than needing 60 votes to end debate on a bill.

“[Biden] has the additional possibility” by the anniversary of his inauguration, “to be moving down the field, and maybe with a win under his belt on voting rights,” said Kaine.

Biden has urged Congress to pass legislation that expands ballot access, ends partisan gerrymandering and would restore the pre-clearance authority of the 1965 Voting Rights Act gutted by the Supreme Court. But he has stopped short of endorsing major changes to the filibuster, expressing personal discomfort with that type of reform plus stating that he would lose Democratic votes for his social spending package.

“He and the Vice President, as well as the entire administration, are working closely with members of Congress on that leading priority, while also taking historic action at the executive level,” said White House spokesperson Andrew Bates. Bates added that Biden is “emphatic” that voting rights legislation is a “must-pass priority,” and that the administration is regularly communicating with Congress on the issue.

For months, Democrats have repeatedly run into a brick wall as every GOP senator but one has refused to offer votes for even a restoration of key sections of the Voting Rights Act, a reform Democrats see as a modest step. Republicans have voted for such reauthorizations in the past but their opposition has led an increasing number of Democrats to either endorse a carveout to the filibuster, if not an outright elimination.

Schumer said Monday that Democrats would continue to pursue voting rights legislation, potentially addressing the issue before the end of the year. He added that “there are many intense discussions going on in that area.”

But Democrats would need buy-in from Manchin and Sen. Kyrsten Sinema (D-Ariz.) — who both oppose nixing the legislative filibuster — if they want to change the chambers’ rules. Sinema, who has backed Democrats’ elections reform and voting rights proposals, said in a recent interview that she would like to pass voting rights legislation through regular order.

Tester said Tuesday that he thinks Manchin and Sinema are “absolutely” open to some of the changes being considered.

Sen. Jeff Merkley (D-Ore.), who has long advocated for changing Senate rules and is participating in the current discussions, said in an interview that Democrats only have a narrow window of time to act on voting rights. He pointed to the potential of future lawsuits from states, as well as concerns about “having a clear path laid out” for secretaries of state and election clerks ahead of the primaries, since dates vary by state.

“The reality is that it becomes more and more problematic with each passing month and I personally am advocating that it just has to be a top priority when we come back in January,” Merkley said. “Really what we’re talking about is restoring the Senate and the notion that the Senate should actually be able to get a bill to the floor.” 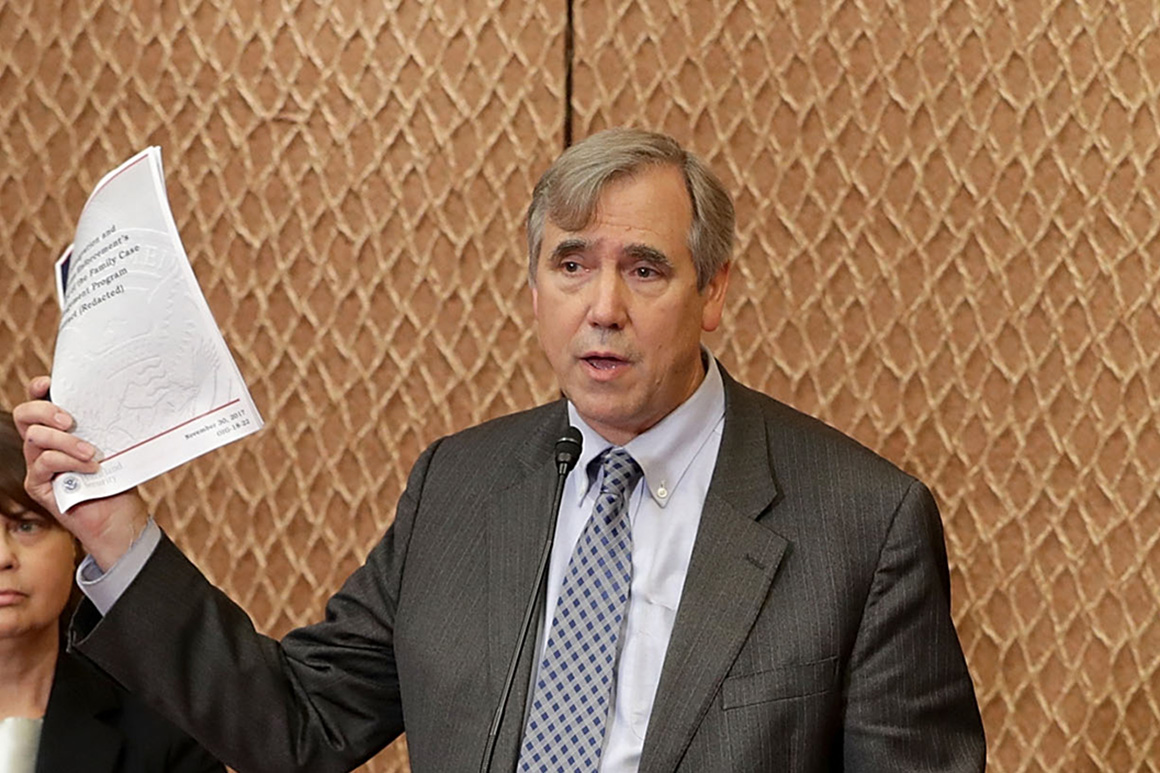 The Democratic-led efforts to revive rules reform come against the backdrop of election officials in Republican-led states being stripped of some powers or effectively pushed out for refusing to echo former President Trump’s lies of election fraud. Additionally, a growing number of GOP candidates are running for governor, secretary of state and Senate and House seats on platforms suggesting they would fight certification if their side loses again.

Biden has characterized the moment as an inflection point that poses the “most significant test of our democracy since the Civil War.” As civil rights advocates press the administration to match the president’s rhetoric with urgent action, Biden has slowly warmed to small filibuster changes. In October, the White House said Biden would outline possible filibuster alterations “in the coming weeks” but has since been mum on the subject.

The “White House knows that we’re doing [discussions] and at some point they have to be brought in because this affects their ability to to get things passed,” Kaine said.

“They know we’re having these discussions,” he added. “They’re not yet really weighing in on possibilities, because we haven’t reached consensus yet, but they will be involved once we do.”

At least eight people including a snow plough driver and a ski guide were killed in avalanches in the Alps over the weekend.

Newcastle United say they are "praying for some positive news" amid reports that their former player Christian Atsu is among those trapped under rubble following this morning's earthquake...

A huge rumbling crash, screeches of buckling metal and shouts from people running away can be heard in dramatic footage of a seven-storey building collapsing in Turkey.

A woman has been arrested on suspicion of attempted murder after three children were seriously injured in a stabbing in Huddersfield.

Widespread NHS strikes are "a badge of shame for the government", Sir Keir Starmer has said.

‘He told my teacher ‘goodnight’ and shot her in the head’: Texas school shooting survivor’s harrowing testimony